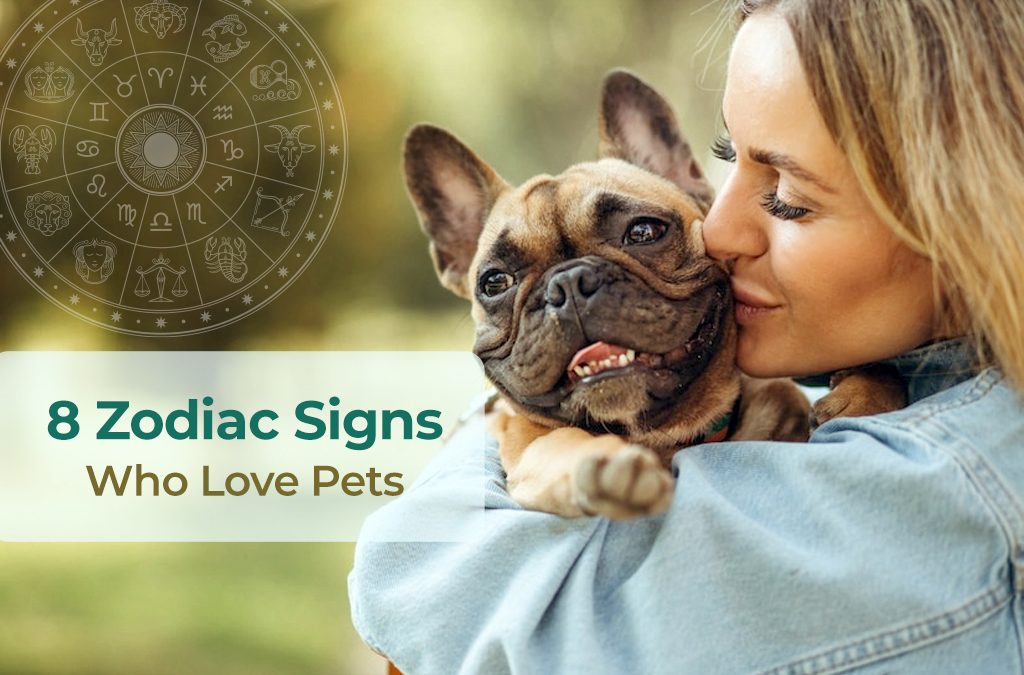 People have always had pets, but after the pandemic, pet ownership has grown in leaps and bounds, even when some people abandoned their pets. Locked down at home, often with no one to talk to, many began to adopt pets to stave off the loneliness and boredom.
Why do people have pets? Well, for one, the prospect of receiving unconditional love is quite tantalizing. And with pets around, one need not fear boredom, as all the dog and cat videos on the internet prove. Pets are also good for one’s health, say doctors and psychologists. People with pets get more exercise and have less blood pressure as pets have a calming effect on them.

But all people don’t take to pets, do they? So who are the people who are inclined to have pets? The answer can be found in astrology.

Some zodiac signs seem to love pets more than other signs do. Let us find out which are these signs.
.
1. Aries

Aries, the first sign of the zodiac, is crazy about animals. While some people are either dog lovers or cat lovers, Aries loves all animals equally.

But many Aries seem to have more cats as pets. Cats get along well with them, too. Cats are very independent creatures, like Aries. They love their freedom and have minds of their own. Again, these are typical Aries traits. Aries has no problems giving their cats a lot of space. They also don’t like clinginess –in humans or animals! And cats are usually not the clingy sort.

Many Taurus people are farmers, and farmers naturally take care of all kinds of animals like cows, chickens, goats, horses, etc. You also find dogs and cats on a farm. Animals, too, like the calm and patient Taurus and feel comfortable around them. In the movie, The Horse Whisperer, the character of Robert Redford was probably a Taurus!

Cancer people are good at nurturing others, and they don’t discriminate between humans and animals. They are very maternal and caring, and they love to feed others. Which animal can resist such a person?

Cancer is also sensitive and moody. Sometimes, like their symbol, the Crab, they withdraw into themselves and retreat from the world to lick their emotional wounds in private. At such times, the only creatures that can get close to them will be their pets. A Cancer person is physically demonstrative with their pets. They will kiss them, cuddle them, and talk to them. They spoil their pets rotten!

Virgos are not very sociable in general. They are very focused on their work. Also, they are obsessive about cleanliness and hygiene, so many assume that they will not take to pets. But many Virgos love pets and feel comfortable around them. They will be more relaxed and chilled out with their pets. They love pets because they feel that pets accept them with all their flaws and do not judge them. For the perfectionist Virgo, this is very important.

Sagittarians love pets, especially dogs. It is very rare to see a Sagittarian without a dog, in fact. They are also likely to love horses. Being an outdoorsy person, the Sagi tends to have pets that like the outdoors too.

They will love taking their dogs for long walks or going horse-riding. They are so attached to their dogs that when they go on holidays, they make sure that their pets accompany them!

Pisces people have a compassionate heart, so adopting pets and taking care of animals are second nature to them. They will even volunteer at animal shelters, such is their love for furry and feathery creatures. Pisces may keep fish and birds as pets more than cats and dogs.

Leos want to be the center of someone’s world. An adoring pet is just what they need! Leos may favor dogs more than cats, as dogs are very loyal and affectionate towards their pet parents. Leos demand unquestioned loyalty and lots of attention from their loved ones, even their pets!

Geminis do love pets. Well, maybe someone else’s pets. They love animals but don’t like to be responsible for them. As a rule, Gemini does not like responsibilities. Keeping a pet entails a lot of responsibilities like feeding them, cleaning them, taking them for walks or to the vet…heavens, it would all be too much for a Gemini!

Now, if they could just have a pet that could pretty much look after itself and not be too clingy, they won’t mind letting a pet into their freewheeling life. If they do take in a pet, it will most likely be a cat, which has many traits of the Gemini.