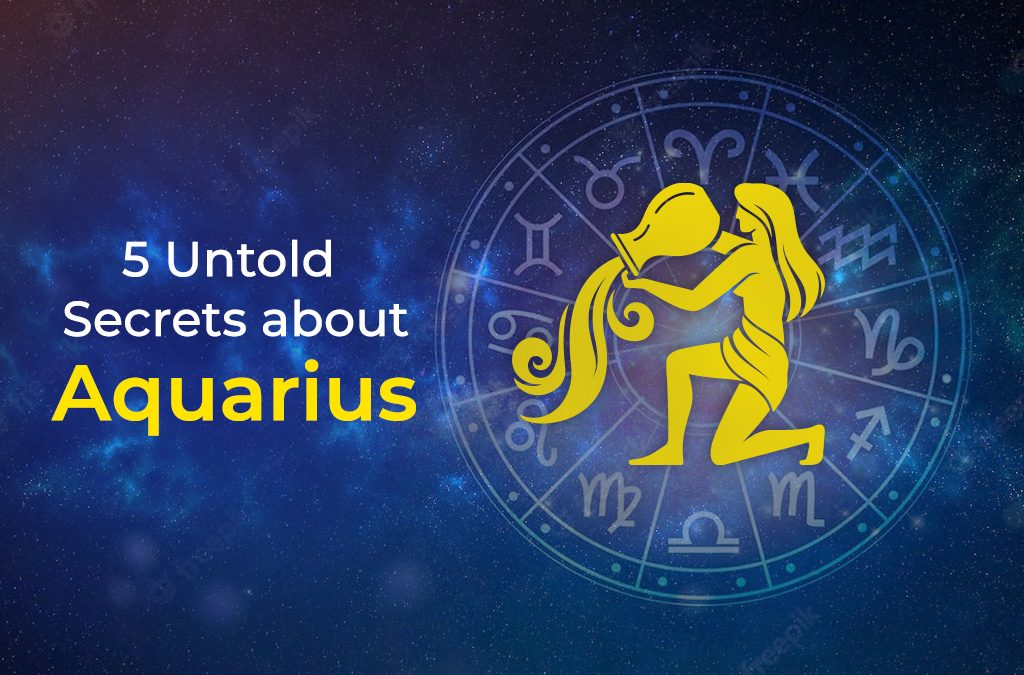 People whose birthdays fall between January 20 and February 18 are born under the zodiac sign, Aquarius. Uranus is their ruling planet, and their element is Air. Independent and free-spirited, they are rather eccentric. Feelings and emotions tend to scare them. They have some of the most original and creative ideas, though some of them can be pretty weird, too.

You like to make your own path and revel in being different. You can be quite bizarre in your tastes. But you are not one to care about what the world thinks of you.

Aquarians are often misunderstood by those around them. It’s natural, as they have a complex personality and enigmatic nature. They will be friendly and outgoing one minute, but suddenly they will withdraw into themselves and shut out the world. Aquarians are unique beings. They are born rebels.

Aquarians may not be social butterflies, but they are not loners either. At the same time, they need a lot of space and some time alone. This is mainly to recharge their batteries. Otherwise, they are likely to become irritable and cranky. Being with people all the time is emotionally draining for them.
So, if they seem tired or exhausted, leave your Aquarian friend or lover alone for a while. Soon, they will be back in form.

2. They keep their feelings under wraps

Aquarians seem to have a detached nature. It’s because they are afraid of feelings and emotions – theirs as well as others’. They don’t reveal their feelings because they don’t like to get hurt. They don’t even mind if other people find them cold and unfeeling. They think it beats getting hurt any day!

So if you are wondering whether an Aquarian has feelings for you, you probably won’t know! They are experts in concealing their feelings. It can be maddening to those who love them, but it’s just the way they are. The only silver lining is that if they don’t care about you, they will vanish from your life faster than a plane in the Bermuda triangle! If you are the observant or intuitive type, you may be able to see the clues they will leave for you or hear the words they wish to say but leave unsaid.

3. They are great leaders and very intuitive

Aquarians make natural leaders. They do not lack confidence, and are clear about what they want from life. People find their charisma and strength of character very attractive.

Aquarians are also quite intuitive. They will repose more trust in their gut instincts than anything else. And their instincts generally don’t lead them astray.

Many people think that Aquarians are aloof, detached, and unemotional. But that’s just the image they project to the outer world.

In reality, Aquarians are very caring and compassionate. They are the humanitarians of the zodiac, always fighting for the rights of the underdog and contributing money, time, and effort to worthwhile causes. Being shy, they won’t brag about all this. But if you have an Aquarian friend, you are truly lucky, for they will remain your loyal friend for life.

5. They are prone to overthinking

Aquarians can become very introspective at times. They are deep thinkers who tend to get lost in their thoughts. The tendency to overthink can cause anxiety and stress.

On the flip side, it gives them a creative mindset and a rich inner life. Aquarians have a fondness for arts and humanities. They allow them to express their thoughts and feelings.

Aquarians have a calm demeanor, but they have a quirky approach to life. They are very intellectual and think deeply about everything. They have a unique perspective on life in general. They are rebels who will never shy away from a good argument. They may not talk much, but when they do, they can create ripples with their words.

Despite their aloof and detached manner, Aquarians are caring people. But, they are not too overt about it. Aquarians are known for their loyalty. You can count on them to help you when you are in trouble.

Aquarians brim with crazy ideas. But a few of their ideas may turn out to be moneyspinners. They love technology and gadgets. The future is where they are most comfortable. They are people who are ahead of their time in many ways. This is also one reason why people find it so hard to understand them.

Now that you know these 5 untold secrets about Aquarius, you may have a better understanding of your Aquarian friend’s personality!