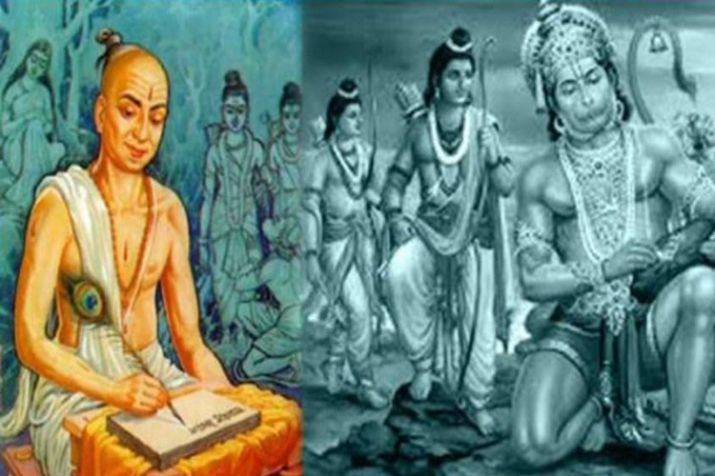 What is Tulsidas Jayanti?

Saint Tulsidas is one of the renowned saints of the Hindu pantheon whose devotion and piety towards Lord Rama was legendary. Saint Tulsidas lived between 1497 and 1623 AD. Tulsidas Jayanti is observed as the birth anniversary of Saint Tulsidas. He was known as Goswami Tulsidas. According to the Hindu lunar calendar, Tulsidas was born on Shravana (August – September), Shukla Paksha Saptami (7th day of the waning moon). Supposedly, he is also the reincarnation of Maharishi Valmiki, the original composer of Ramayana.

Besides rendering incredible pieces of work, Tulsidas was also a saint known for his good deeds. His life was marked by various miracles, one of which was his meeting with Lord Hanuman which was followed by a divine darshan of Lord Ram. According to legends, it is believed that Tulsidas was helped by Lord Hanuman while composing Ramcharitamanas.

Among his 12 notable works, he also composed Hanuman Chalisa, a popular devotional hymn in Avadhi dedicated to Lord Hanuman. The famous Tulsi Ghat of the Ganges river in Varanasi is named after him. The famous Sankatmochan Temple dedicated to God Hanuman is believed to be founded by Tulsidas.

He was a contemporary of King Akbar. He was born to Brahmin parents but was orphaned in his young age. It is also said that he was in his mother’s womb for 12 months. He was later raised and educated by Saint Narharidas. He composed Hanuman Chalisa, which is a very popular sloka and popularized the devotion towards Lord Rama and Lord Hanuman among the people.

Tulsidas spent much of his life in the city of Varanasi, Prayag, Ayodhya, and Chitrakuta. He renovated many temples and contributed to the growth and development of Hinduism. He is instrumental in making Bhakthi and devotion as a means of salvation, and composed several works in praise of Lord Rama. His work, Ramcharitamanas, has been highly acclaimed. He is also considered as an incarnation of Saint Valmiki.

Tulsidas was born in Rajapur, where his birthday is celebrated with enormous zeal and fervor. Tulsidas Jayanti enjoys enormous importance in other places of India like Uttar Pradesh, Madhya Pradesh, Bihar, Chhattisgarh, and Maharashtra. On Tulsidas Jayanti, devotees gather in large numbers in temples. Prayers and dance dramas are organized to remember the great saint and his contributions. People at home also worship Lord Ram and read religious texts.

Saint Tulsidas’s contributions to arts and culture are many. His birthday is celebrated with enormous devotion and piety among Vaishnavites, who are the followers of Lord Vishnu. Observing this festival is a great way to connect with the roots and the traditions of Sanathana Dharma. It is also believed that Lord Rama gives salvation to all those who observe Tulsidas Jayanti with great enthusiasm.