Those with a scientific temper will claim that astrology is bunkum. However, there are many who swear by astrology and who religiously follow the daily horoscope columns that appear in newspapers. Astrology works on the premise that the stars and planets influence our moods and character. The horoscopes featured in newspapers are personalized by birth date. They make predictions about how the day will go for people born under a certain zodiac sign and also give advice about what to do or not do on that day. The predictions are offered based on the position of the celestial bodies. It is a fact, however, that all the predictions may not come to pass. Daily horoscopes are very generalized as they focus on the sun sign mostly. Vedic astrology, however, argues that one’s moon sign and ascendant too must be taken into account if the predictions are to be accurate.

To know detailed analysis about your horoscope and personalized consultation. Click here 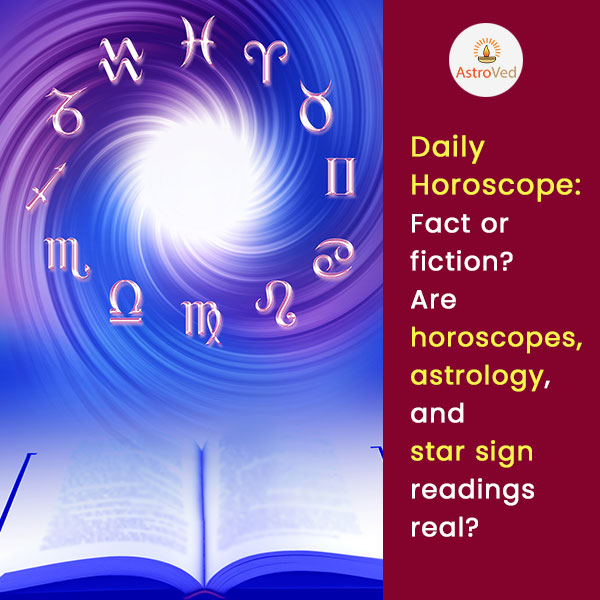 There have been many people like Claudius Ptolemy, Nostradamus, Alan Leo, Evangeline Adams, Baba Vanga, etc. who were known for making very accurate predictions. Adams predicted the market crash in 1929 while Vanga, a Bulgarian mystic, predicted the death of the Bulgarian king in 1918 and the 9/11 terrorist attack. The mystic, Nostradamus, (1503-1566), wrote a book called ‘The Prophecies’ that was published in 1566. In the book, there are hundreds of future predictions.

These are in the form of short, four-line poems called quatrains. He used astrology to some extent to make his predictions, and some of the quatrains mention certain future time periods when certain planets will be in certain zodiac signs. He also published a popular almanac in which he introduced the innovation of including a prediction for each day of the year. In his book, Nostradamus had predicted the rise of an Indian leader in 2014 who is identified with the current Prime Minister, Narendra Modi. The prediction says that though the person would be hated initially, he would become much loved by the people and lead the country till 2026!

Apart from these famous astrologers, there are also many lesser-known astrologers whom we may know in our city or town who have acquired a name and following for their accurate predictions.

In many countries, there is a sizeable chunk of the population who believes in horoscopes, astrology, and star sign readings. Such people obviously have found that these things work for them, at least some of the time. While it may seem far-fetched that the stars and planets in the heavens above can influence what happens below on earth, the fact that astrology is still in vogue and the tribe of astrologers only seems to be growing exponentially with even software engineers switching to astrology as a full-time career speaks volumes about its relevance and validity.

Destiny or free will?

There are also some downsides to the immense popularity that astrology enjoys. Some people get addicted to it and prefer to follow the readings blindly. However, the best astrologers admit that there is always room for free will and that we can make our own decisions instead of blindly following our horoscope predictions. For instance, the horoscope of a student might recommend careers like medicine, engineering, etc. However, he/she might be more interested in teaching or journalism or an artistic occupation. Just because the horoscope says that one will make a good doctor does not mean that one should pursue that profession, especially if one’s heart is not in it.

One argument by the naysayers goes that those who believe in astrology may choose not to believe in themselves and leave everything to the workings of destiny. They do have a point, and one must guard against such tendencies. The best approach is to assume that ups and downs are part of everyone’s life, and hence, it is better to live life to the fullest instead of being restricted by one’s horoscope predictions. At the same time, if dire events are predicted in one’s life, like the possibility of accidents, business losses, thefts, and health problems, one can take proper precautions to avoid the worst. As the saying goes, to be forewarned is to be forearmed.

To know detailed analysis about your horoscope and personalized consultation. Click here